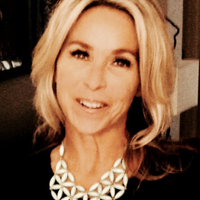 Megan was raised in downtown Chicago. She began her training with Elizabeth Boitsov, (formerly of the Bolshoi Ballet),at the age of six.

Four years later, she joined the Nutcracker cast in Chicago as Clara. She spent summers on Suzanne Farrell’s ( principal with New York City ballet) island training eight hours daily with her, Adam Luders, Jacques D’amboise, and many others. She returned to Chicago to train under the late Larry Long at the Ruth Page Foundation, while spending summers with the San Francisco Ballet.

She joined the union, (AGMA), with Ballet Chicago, directed by former NYCB member, Dan Duell, at the age of 14. She had many short ballets choreographed for her, most notably “By Django” by Gordon Pierce Schmitt, which became a staple of Ballet Chicago’s repertoire. While in Chicago, she performed principal roles in Raymonda, Graduation Ball, The Nutcracker, Cinderella, Swan lake, and many others.

She came to Oklahoma in 1989 to join Ballet Oklahoma, where she performed in many works including Agon, by Balanchine, Dracula, The Four Seasons, Carmina Burana and Romeo and Juliet.

She eventually retired from professional ballet to raise her three children, and is now very excited to share her passion and knowledge of grace, movement, character, and technique with these young athletes and artists.